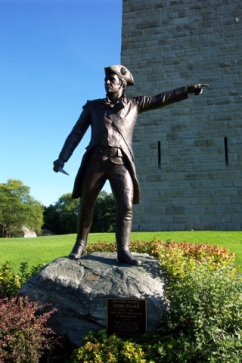 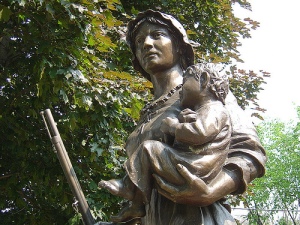 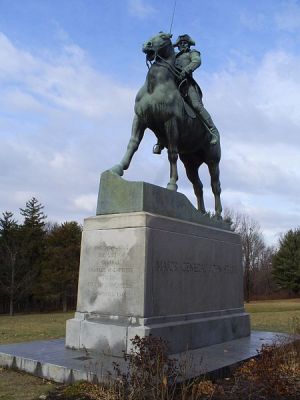 “Live free or die: For death is not the worst of all evils.”, was written by General John Stark as a toast for an anniversary reunion of the Battle of Bennington in July 1809, in which General Stark and his men with the aid of Colonel Seth Warner and the Green Mountain Boys defeated a detachment of General John Burgoyne’s army in 1777. This victory pushed the revolution in the colonists favor. It also made General Stark one of New Hampshire’s most famous soldiers.  General Stark was unable to attend the anniversary due to illness and sent the toast via letter.

So who is General John Stark? General Stark was a first generation New Hampshire native, born in Nutfield , New Hampshire; in an area which is now Londonderry, on August 28th 1728. He was born the second son of Scottish immigrants Archibald and Eleanor (Nichols) Stark who were originally planning to land in Boston but their ship was said to have potential cases of small poxes and was sent away. When Stark was eight his family moved to Derryfield, now Manchester, where they settled and began there life. Stark grew into a frontiersman, exploring the New Hampshire wilderness. In his early twenties, Stark joined his brother and a small group of friends on a hunting trip. While out Stark was captured he tried to divert the Native Americans from his comrades but they got nervous about his extended disappearance.  They let off a shot signaling the natives to their location. Stark’s brother got away, another member was killed and the last man was captured with Stark. Stark survived his imprisonment with the Natives and was even said to have earned their respect with his headstrong and bold behavior. His release was eventually purchased and he spent two year paying back the Massachusetts colonists who purchased his freedom. Stark’s adventures didn’t end there though that was only the beginning for him. He eventually took up arms as a member of Roger’s Rangers under Major Robert Roger.  They joined the French Indian War also known as the Seven Year War. During his time as a Ranger, Stark and the Rangers were ordered to do a raid on a Native village in Quebec. They refused to be involved in the unnecessary slaughter of the people and they returned to New Hampshire. Stark also refused to let his soldiers drink on St. Patrick’s Day while the regulars partied heavily. This decision saved the lives of all of the soldier because the French thought they could use the holiday as an opportunity to attack the men. Stark’s forethought saved the lives of the men as they fought off the French.

During this time Stark married Elizabeth “Molly” Page the daughter of Caleb and Ruth Page. The Stark’s had 11 children. One of their children was Caleb Stark. Caleb Stark served in the Revolutionary War under his father and continued to serve after his father resigned. He also served as a Senator in New Hampshire. Molly spent a great deal of time caring for her children and her husband business while he was away fighting. She also treated her husband’s troops for small pox. Stories are also told of Molly’s tomboyish ways. Legend has it she was also a sharp shooter.

After the war ended Stark returned home. He started his own business. Stark believed in productivity but when fight broke out in Lexington/ Concord, Stark raced to Boston to enlist. During his time he fought many battles and proved himself a brave man.

Stark lived to the ripe age of 94 always believing in hard work and I’m sure felt a great disappointment when he couldn’t join his men at the reunion.

The first half of the toast “Live free or die” was adopted as New Hampshire’s State motto in 1945. It is likely one of the most widely known state mottos. Even vacationing in Hawaii a man asked where we lived and we told him New Hampshire. He laughed and said all I know about New Hampshire is ‘Live free or die’.  Our state motto is a tribute to men like Stark, who believed in liberty and freedom, who fought bravely for these believes but have they become nothing more than ideology with no value? Is it just your right to ride around without a helmet or a seat belt and pretend to be free for these novelty ideas? Or is freedom more? Is it the separation from oppression and if it is what is oppressing us?  Should we have a right to defend ourselves in whatever way we choice? Should we have a right to educate our children as we see fit? Should we have the choice to treat our bodies as we see fit or choice a doctor or health care plan that we feel fits our life styles?  When General Stark said “Live free or die: For death is not the worst of all evils.” was he warning us to not turn our backs on our inalienable right to choice to live our lives as we see fit? 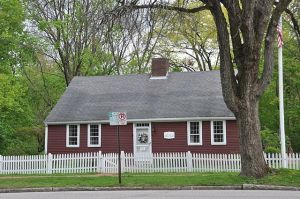 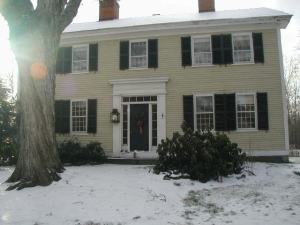